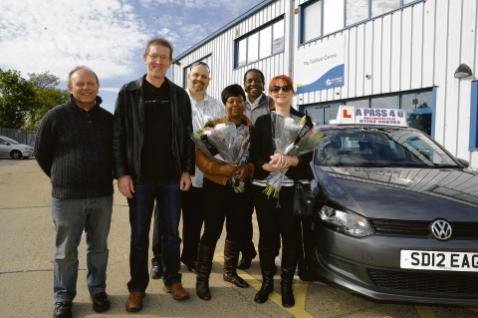 Things are on the move at the DVSA and with a few Senior Examiners stepping down from their managerial role and taking up the role of a regular examiner there have been some changes. The long-serving examiner Richard Cope has taken up the role of running the Basildon and Southend on Sea driving test centres. The Tilbury and Brentwood test centres are without a Senior Examiner at the moment but one will be allocated soon, I have no doubt. One of the DVSA roles that has been removed is the role of a single test centre manager and each Senior Examiner will now be responsible for 2 test centres. Without wanting to sound sarcastic, is this just a money-saving exercise or a strategic change and who does a pupil query a problem with on the day? I’d like to congratulate Richard and wish him the best of luck.

On a separate note, I have just heard that Southend Test Centre is about to be made a permanent test centre, in its own right and will no longer be attached to Basildon. A larger office has been made available for the examiners and a large waiting area will also be available at the Tickfield Centre. For those that don’t use the Southend test centre, it’s the existing office on Tickfield Road in Prittlewell, Southend. It needs to be confirmed but at the moment plans are in place to provide 5 examiners for 5 days a week in Southend but the office will have the capacity for 7 examiners. No dates have been given as IT and office space needs to be organised. The Tickfield Centre has recently installed a café area which instructors will be able to use if you fancy a coffee or sandwich.