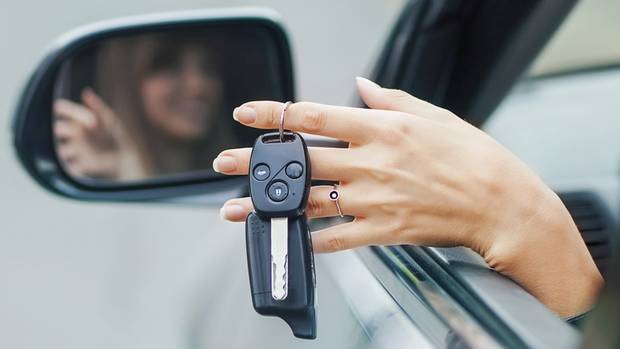 So you’ve passed your test and now its time to get out on the road on your own. Are you the kind of individual who jumps in the car and doesn’t stop driving around, until they realise how much money the petrol is costing them, but relishes every opportunity to get behind the wheel of their car, building confidence as you go – even whilst making mistakes.

Or are you at the opposite end of the spectrum? The kind of person whom avoids getting back in a car and driving after passing your test. Never really stepping up to the plate and getting out onto the UK roads without someone more experienced sitting next to you and really needs to increase your confidence.

Most of us, I think – sort of reside somewhere in between. Either way – as most will experience. The real learning comes in the doing by yourself once you are trained and competent enough in the eyes of an Examiner, to be allowed to take responsibility for yourself and drive on the UK Roads.

‘Almost a third of young drivers felt unprepared to drive alone when they passed their test, according to research. Many young motorists feel driving lessons are failing to get them ready them for life on the road, with 29 per cent of those aged 18-30 feeling unfit to drive solo when they earned their full licences. (If you do feel this way at all and you are still learning to drive – please speak to your instructor and they can help you with this. If you have passed your test and think a refresher lesson may help, then call A Pass 4 U on 08458 121007.)

Meanwhile, 24 per cent said an accident they had could have been prevented if they had spent more time learning to drive, with 62 per cent in favour of a minimum learning period being introduced.

A total of 18 per cent passed their driving test after spending three months or less learning to drive and 50 per cent took six months or less to pass, the survey by Co-operative Insurance found.

AA president Edmund King said: “It is worrying that so many young drivers feel the driving test does not prepare them adequately for elements of life on the road.

“We would support the idea of allowing learner drivers on to motorways with a trained driving instructor and also a minimum learning period.”

5 Top tips to help build your confidence in stressful situations

Most of the situations that are confusing to a new driver are more the result of inexperience than poor driving. Here are some common situations that may prove stressful and 5 useful tips on how to increase your confidence when dealing with them.

1. Problem: A row of buses parked at a bus stop are all indicating that they’re about to move and you’re almost upon them. What do you do?

Answer: Slow down and wait for the buses to make their move. Always look ahead so these sort of situations don’t catch you by surprise.

2. Problem: All of a sudden you hear an emergency siren close by. There is nowhere for you to go and you don’t know what to do.

Answer: Keep calm. Emergency vehicle drivers are highly trained and know how to deal with heavy traffic. Slow down and look for an opportunity to move out of their way. And, always make sure your stereo isn’t up so loud that it’s drowning out sirens or other sounds from the streets.

3. Problem: It starts hailing or raining very heavily and you can’t see much. There’s no safe place to pull over and wait out the storm.

Answer: Once again, slow down and increase your distance from the cars in front of you, even if you can hardly see them. Put on your headlights to improve your visibility to other cars. In really bad conditions, you may even need to turn on your hazard lights.

Remember, focus as far ahead as possible, or you’ll be on top of the car in front of you before you know it.

4. Problem: There’s a great parking spot but you need to parallel park, and there’s lots of other cars waiting to get past you.

Answer: Don’t panic. Put your indicator on so that the other cars will know you’re going to park. The first temptation is to start waving like a crazy person for the cars to pass you. Just stay calm and pretend that those other cars aren’t there. You’ll be surprised how easy it’ll be if you remain composed.

5. Problem: You’re in a busy shopping centre car park and you’re part of a long line of drivers looking for a park. A spot comes up and the pressure of getting into the spot starts stressing you out.

Answer: Once again, keep calm and focus on the job at hand, not the people honking their horns at you. A good way to deal with parking problems is to practice parking in difficult spots when there aren’t too many cars around. NSW.Gov.AU

One of the things you can do for yourself to increase your confidence in any given situation is to remember to breathe. When a person feels panicked or under stress their breathing may become shallow.

Make a conscious effort to draw a breathe deep into the abdomen. Exhale slowly as you commit to any manoeuvre you are undertaking. This slows your thinking down and brings it back to a normal state. In my practice as a Counsellor, this is how I would help someone coming into me with driving nerves. Encouraging them to connect with the body, slow their breathing and then deal with the situation at hand. I know it is easier said than done but with regular practice, can be very helpful in all kinds of stressful situations.