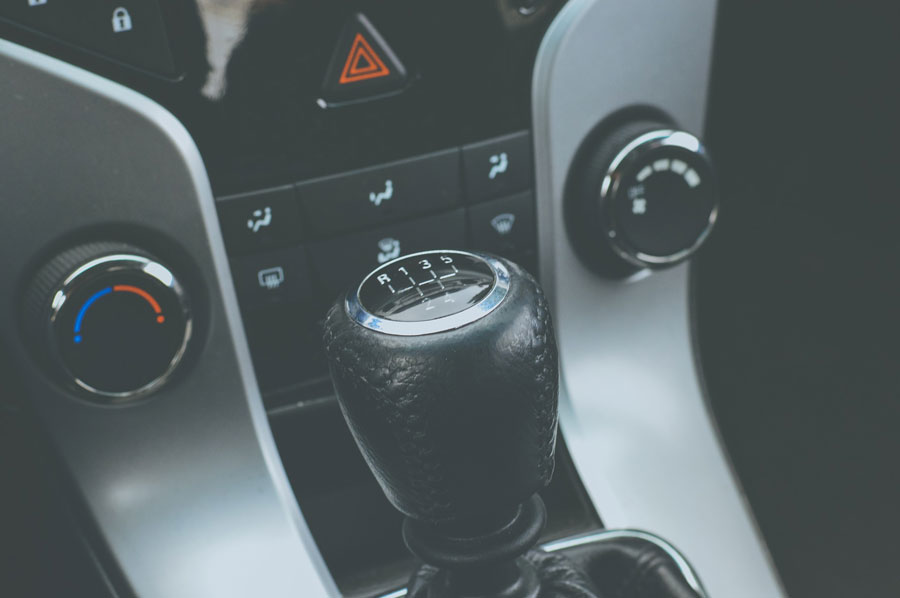 As a new driver, developing the ‘palming method’ for gear changes you will use when driving, is an important skill to learn. It ensures a smooth transition between one gear and the next and allows you remain fully in control of your need to adjust the gears, for the correct speed and road conditions.

#1 Check the gear diagram on top of the gear lever. It shows the layout.

#2 Check the gear is in neutral. The stick should move freely left and right from side to side. You could not do this, if the car was in gear. The gear lever is spring loaded and so should come back to the central position below third and above fourth.

#3 When changing gear, its important to send the stick, into the right direction. So it’s central position is pivotal to this. You want to be able to keep your eyes on the road and not look down during this process.

#4 To move the gear into first. Hold the gear stick with your left hand. Thumb down and palm facing away from you.Push left against the spring. Then forward to first.

#6 Changing up to third, fourth and fifth  – you need to move your palm so that your hand is now facing yourself.The thumb is pointed up. Hand position allows the stick to utilise its spring loaded ability and you will allow this to help you change gear but remain in control.

#7 A little pressure forward and the gear will move into neutral, maintain the light pressure and continue up into third. A common mistake is to use force. This causes a poor gear change and you may then put the car into the wrong gear.

#8 Always remember to be gentle when changing gear.

#9 Get your driving instructor to show you, how easily it can be put into the neutral position. Just one finger is needed!

#10 For fourth position, maintain the same hand holding and move it straight backwards.

#11 From fourth to fifth, move it back to neutral. A little pressure right and then up into fifth. Again, maintaining the same hand pressure.

#12 Changing down the gears requires the same hand positioning as moving up the gears.

#13 Reverse gear from neutral: depending on the vehicle of course but for this instance I am using the traditional gear stick of, first and second on the left. Third and fourth in the middle and firth and reverse on the right.

#14 To move into reverse gear push to the right and backwards.

#15 Finally when coming to a stop and exiting the vehicle. Check the car is in neutral. Now you know how to move into each gear!