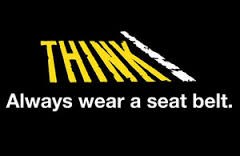 This morning whilst sitting in the comfort of my warm british dining room, I took a moment to flick through the postings on Facebook, expecting to find the usual warm and fuzzy ‘share if you love your daughter’ posts or ‘funny baby’ videos – and was HORRIFIED by a video of a person being thrown at least 15 metres into the air, in a TERRIBLE car crash in Russia. I chose to watch the video a couple of times, to fully realise what I was seeing and how high (and fast) this poor person was travelling. Thinking this potentially ended their life. It led me to thinking about the importance of wearing seatbelts in our vehicles when driving in the UK (which is a legal requirement) and what the consequences could be if you do not.

THIS VIDEO IS DISTRESSING. SO PLEASE THINK CAREFULLY BEFORE WATCHING

After watching it, I began to scroll down the comments of people who had seen the video, to see what their thoughts were. There were some who didn’t think it was real and there were many who had their own stories to share.

“I don’t put my car in drive until everyone has their belts on….no matter how old they are I’m not moving my vehicle….. please everyone wear your seat belts it will help save lives…..”

“I was hit head on by a drunk driver at age 17 and had my seatbelt on…it saved my life, so I always wear a seatbelt in front seat or in back seat no matter who is driving.”

“You know who you are! The ones that don’t wear seat belts! My parents were in a terrible accident and the police said they wouldn’t have survived if they hadn’t had their seat belts on!”

As it is the 17-34 year olds who are most at risk. It would suggest that the invincibility factor, which seems to be inbuilt within some of this age group, may lead to the decision to not wear a seatbelt.

Another good way to see what happens in a crash – especially if you don’t want to watch the video above. Is to head over to THINK which is a Government road safety site, for road users in the UK and try out their crash simulator. Here it will allow you to choose the type of vehicle you are using and how many people you want in the car. The speed you are driving and a simulation of the crash and injuries possible, from the seating positions within the vehicle, without having to watch anybody get hurt.

Wearing a seatbelt is something you get used to very quickly as a car driver. It is not about personal choice. Remember it is the law in the UK.