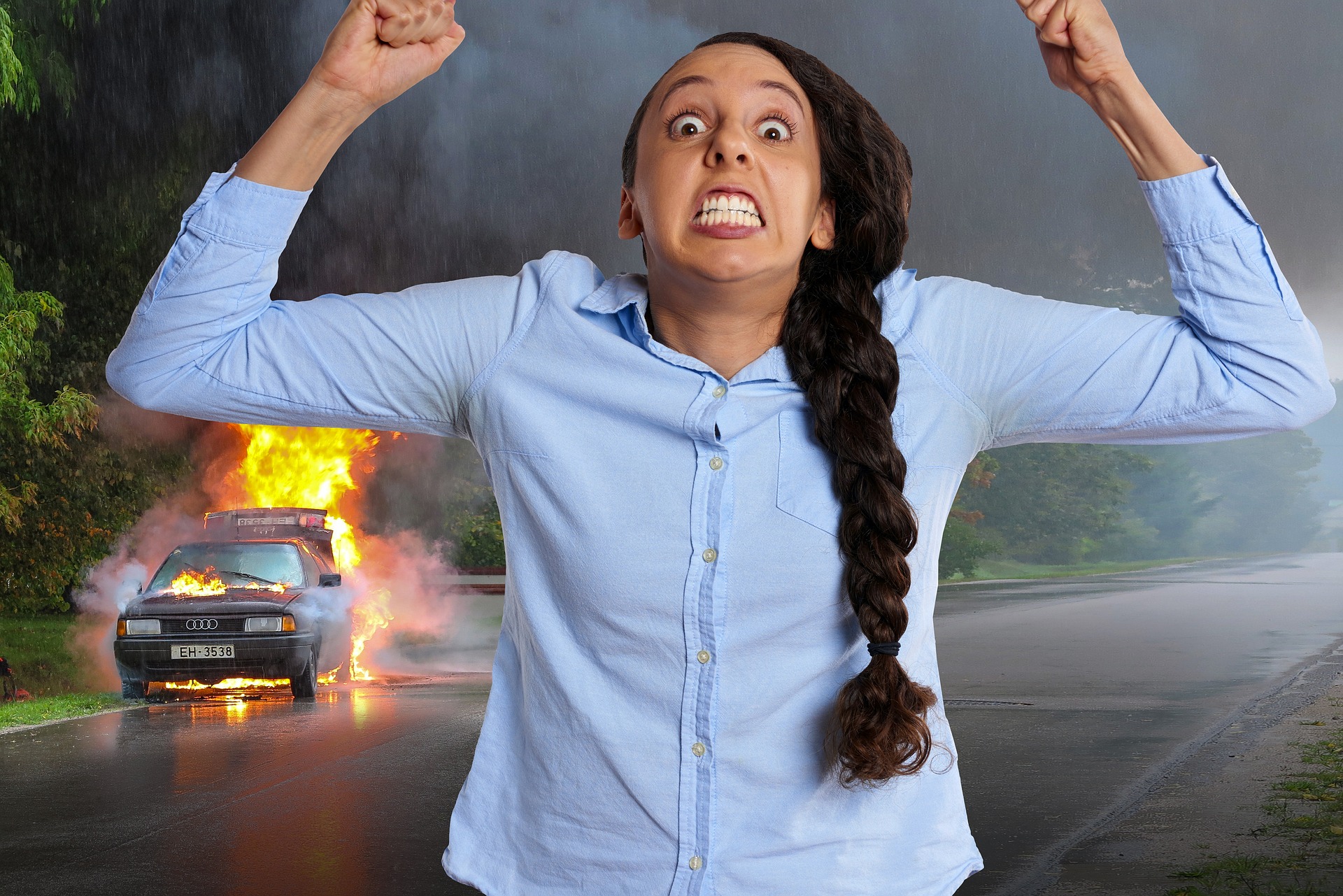 I’ve had a couple of experiences over the last few weeks, which have led me to thinking about how, as a Learner or New Driver, we deal with other vehicle users behaviour on the road. Or in other words, how as a driver we learn to deal with road rage.

I remember as a Learner Driver, I stalled the car at a set of traffic lights at a junction. I was only on my 4th or 5th lesson and made the other cars behind me miss their green light. A guy in the car behind, tooted and tooted putting me off even further. Eventually my driving instructor told me to stop because she could see I was becoming more and more flustered by the added pressure and was totally losing what little ability I had gained, by this point. Bev made the decision to step out of the car and went and spoke to the driver behind. Now, he stopped honking because she said to him. “She’s a learner driver. Give her a break.” We were both very aware this could have gone a different way. Getting back in the car Bev said to me. “I don’t normally do that.” I’m sure it would only be as a last resort, that any driving instructor would get out and engage with an aggressive driver.

My most recent encounter has stayed with me and at the time actually disturbed me, because of the level of aggression, which was being displayed towards me, by the driver of the car behind me. I think it was because I was driving and  knew I needed to concentrate on the traffic and taking my daughter to work, that it didn’t affect me more. Then, when I had time and thought about the situation later on, that the reality of the gentleman’s aggression really sunk in.

I had pulled up at the junction of a roundabout which had traffic lights. This was during the busy early morning rush hour. I made a decision that to place myself in the way of traffic actually on the roundabout would not be safe, because of the heavy flow and number of vehicles already waiting. Plus my understanding of the order of traffic light changes, as it was close to my home.

Safe driving requires a calm approach and full concentration and in this situation the driver behind me was not displaying either of these.

He initially started by honking his horn. When I looked in my rear view mirror, he gestured me to move forward. I turned my attention back to the road and continued to wait for the roundabout traffic lights to change, so I could enter safely. Again he honked a few more times. Eventually, looking in the mirror, I shook my head from side to side – letting him know that I wasn’t going to do what he wanted. His manner then seemed to become irrational. He had a child in a school uniform in the seat next to him and he began screaming and shouting at me to move. Honking whilst he did so.

Now, I am not a passive type of personality and if he had got out of the car I would have stood up for myself, which I know may not have been the best way to deal with it. Yet through the way he was behaving I actually felt quite threatened and maybe this was his intention. Because if I felt threatened enough, then I would do what he wanted.

The government has attempted to crack down on road rage and aggressive driving by changing the way certain motoring penalties work.

Police officers can now issue a £100 fine and give 3 points for :

Road Rage Busting Tip: Regulate your breathing. It’s amazing how quickly a person can forget to breathe properly when they are nervous or angry.

Remember if you are feeling stressed and get behind the wheel of a car it does not mean you can abuse other people with your driving, words or behaviour. I would like to add to this, that if you are being treated badly in this way then you have to make a judgement call in any situation you are in, on how to deal with it.(Speak to your driving instructor for advice and guidance.) But losing Your temper and engaging with an already aggressive and abusive person may only aggravate the situation to your detriment.

Tip: If you can drive away and pull over safely for a driver with road rage to pass, thus getting away from them and giving yourself time to refocus before setting off again. Do so.

If you are someone who finds themselves getting angry and committing road rage every time you drive, then there is plenty of information in society to help you deal with the emotional issues which could be causing the aggression.

A good place to start is the ROSPA guide for better driving. Offering tips on what to do before you set off, how to deal with it during and after your journey.